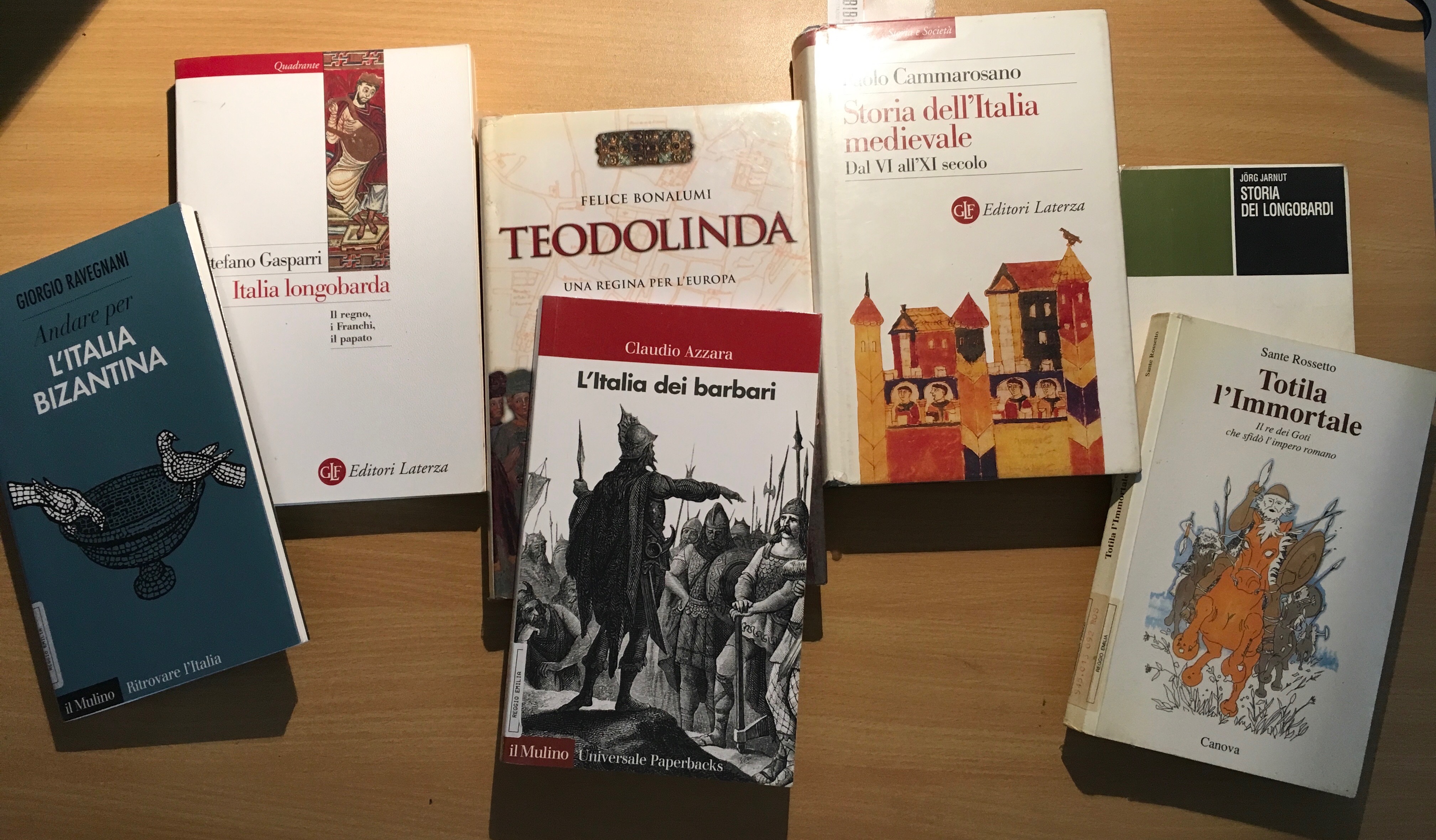 Easy to read and well narrated with good insight into the life of the king. It starts by giving some family background and moves into the period just after his death and up to the Byzantine invasion. A little more of a look into the life of Theodoric would have been interesting

A nice, easy to read book that brings the character and value of an otherwise ignored historical figure. It shows that she wasn’t just a victim of circumstance, but a real player on the national and international scene, as well as showing her great human value.

A light, easy to read, yet well-reesarched book that goes from the fall of the Roman Ampire to the defeat of the Lombards and the arrival of the Franks. A great book if you want to get a quick idea of the period from 467 to the end of the eight century

A nice surprise. I picked it up imagining I would just leaf through to get some dates and info,  ut ended up reading all 700 pages cover to cover in quite a short time. Full of interesting anecdotes as well as the story of the the 535 – 552 war. It is quite well balanced considering it was written by a member of the Byzantine contingent.

A book stuck between a history and a historical novel. Basically the biography of King Totila told from the point of view of his personal servant. It’s rather pro-goth, but interesting and informative, a good read.

Teodolinda, una regina per l’europa (Theodolina, a queen for Europe)

A biography of the Lombard queen that stretches back to the origins of her people and the conquest of Italy, before telling us about th Queen herself and the traces you can find of her in modern day Italy.

A surprisingly fluid, informative, yet not too heavy read on a general history of the Lombards, focusing mainly on their presence in Italy

A very detailed look at many different aspects of the Lombard reign in Italy, oarticukarly in the 8th century with a look at politics, economy and social groups. The book shows great depth of original source study and a view on a local and family level. Not an easy read, but precious if you really want to get to know the Lombards.Mu

A book based more on social issues and ideas rather than a narrated, chronological history, but good for some insights into the economic and social situations in the early middle ages.

A good book to get a general overview of Italy in this period, focusingocus on social and economic organisation, yet a little hard to follow when it comes to political history.  A great integration to a more narrative text.

An interesting look into the daily life of the Lombards in the 7th century, from their diet and clothes to Religion and war tactics. A great read for those that like to know about the history of every-day life.

A thorough look at political, social and economic aspects of medieval Italy from the fall of the empire to the 13th century. A very useful tool, yet  little heavy reading.

I Bizantini in Italia (The Byzantines in Italy)

A rather hefty volume, but with a lot of great pictures of Byzantines art and many dedicated pages. It has an initial historical section that also looks into society, economy and culture and then a rather substantial art and architecture section.

A biography of the great countess starting from her ancestors by the utmost living scholar on the subject. A vert well-infomed pleasant read divided into clear chapters dealing with specific figures and moments of her life

A short biography of the countess Matilda, not the easiest read, but enough to give you a good idea of her life and times.

An interesting look at daily life in the 12th to 14th centuries with some great insight into how people actually lived. Fill of great images from the times and later artists.